Posted By: Bruceon: February 17, 2015In: Lampung, Sumatra All
Print Email

The Krakatoa Mountain stood at an approximate altitude of 815 meters before 1883, in the mayhem this vanished along with Perbuwatan and Danan mountains nearby. The devastating and powerful eruption captured a force 13,000 times more powerful than an atomic bomb. A huge crater (Caldera) appeared with an approximate diameter of 7 kilometers and 250 meters deep.

A massive tsunami 30-40 meters followed, the sound of the explosion could be heard thousands of kilometers away two hours later; across the Indian Ocean to Perth, Australia, 3,110 kilometers from Krakatau. The ash cloud changed the earth’s temperatures restricting the sun’s rays; populations were kept in darkness for approximately two weeks. The Krakatoa eruption was a major global event, the most destructive volcano eruption in modern history.

Previously, the ancient Krakatoa volcano exploded in spectacular fashion approximately 535 AD causing an era of darkness on earth. This darkness is considered as one of the reasons the civilizations of Maya, Tikal and Nazca in South America came to its end. This ancient blast of Krakatoa separated Sumatra and Java into two large islands, landscapes changed forever.

In 1927, at the location of the Krakatoa eruption 1883, Anak Krakatau or ‘Child of Krakatoa’ rose above the water. Located in the Sunda Straits, between South Sumatra; Lampung city and West Java and surrounded by small Islands, a creation of the huge eruption.

Anak Krakatau became a magnificent destination for local and overseas tourists for its beauty and historical traits. If Mount Bromo is an active volcano in the mountainous jungle; Anak Krakatau is an active volcano in the middle of the ocean. The only way to visit Anak Krakatau is by boat, either from Carita Beach in Java Island or Lampung in Sumatra Island. The recommended route is from Lampung, Sumatra which annually hosts the Krakatau Festival during October. Other local attractions in Lampung include; Guci Batu Kapal beach, Wartawan beach, Laguna Beach, and natural hot water spring. 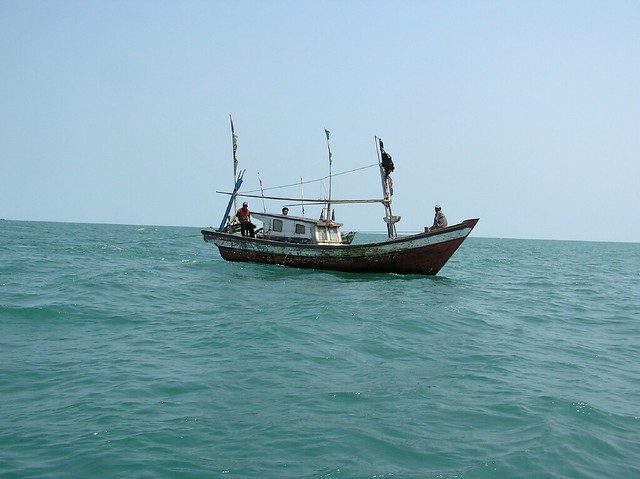 To travel to Anak Krakatau, public transport runs from Bakauheni – Bandar Lampung, stopping at Kalianda for 20,000 rupiah which continues to Canti dock by motor bike or other road transport costing approximately a further 20,000 rupiah. From Canti dock, you can board a boat to Sebesi Island – the closest Island to Anak Krakatau – for a further 15.000 to 20.000 rupiah from 12 to 14PM. This boat can carry up to 40 people. The boat can also be privately rented for 3 million Rupiah. 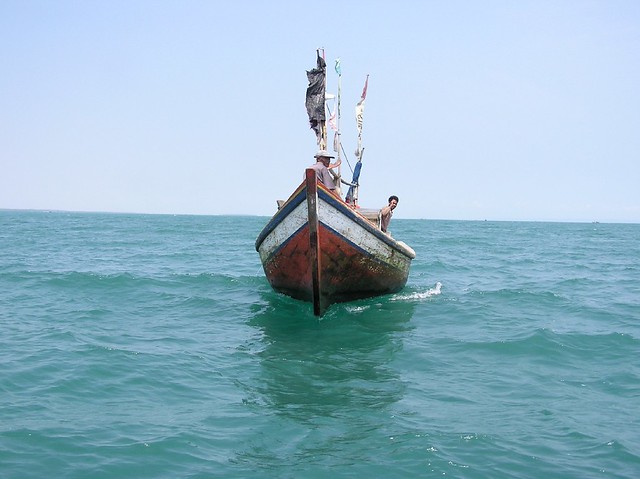 Sebesi Island offers various home stay options for single travellers or groups of 8 to 10 sharing a room. Locally many other small islands can be visited such as Sebuku, Umang-umang, Lagoon Cabe or Chili Bay, you must to see underwater beauty of famous Chili Bay snorkeling spot. In this island electricity is on only from 6PM to 12AM so prepare to bring your extension cable to charge your gadget. 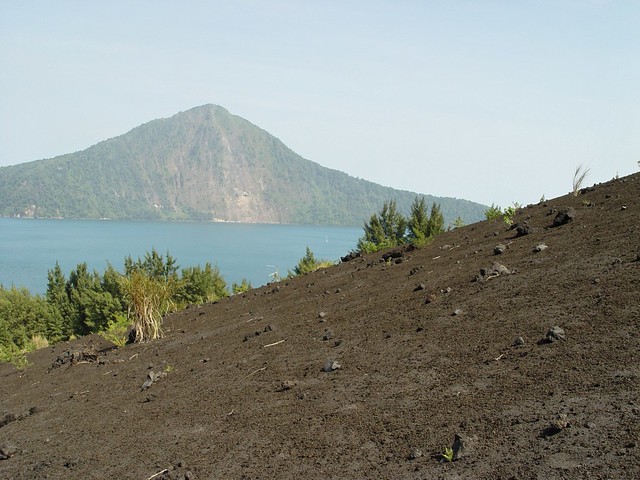 Anak Krakatau climbs approximately 6 – 7 meters annually due to continued volcanic activity. In 2014 it reached 450 meters, lava flows are still active, blasts frequently appear similar to a firework display.  Expert opinion states that Anak Krakatau is relatively safe despite the fact that it is still active. At times visitors are forbidden to visit the area as this activity increases. Because of the inherent dangers visitors cannot climb to the top of Anak Krakatau (since 2011). Climbing is allowed up to 200 meters, the last guard station, and this climb takes 30-45 minutes. Black sand and the smoking Anak Krakatau is clearly seen from the last guard station, photographs can be taken from this vantage point. An officer from Lampung Natural Observation will accompany climbers for safety reasons. – Irma Dewi 3rd Feb 15